Madness is upon us! 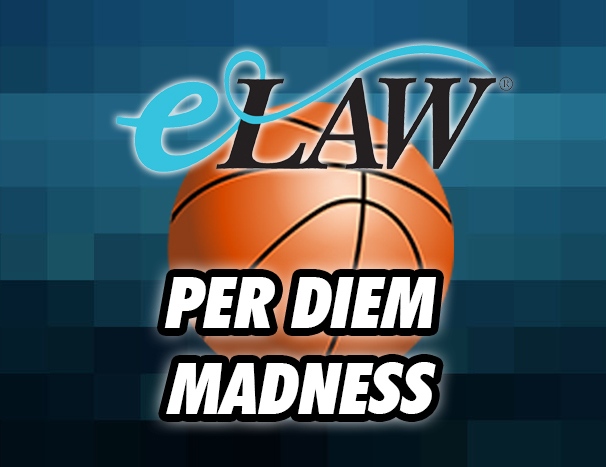 Do you have multiple appearances in different parts? Stop the appearance Madness in your practice! Be sure to let eLaw handle all of your upcoming appearances with our top-rated ePer Diem service. ePer Diem is the buzz of the legal community. There are three easy ways to schedule coverage:

Managing your practice has never been easier. Let ePer Diem cover your appearances and stop the Madness!

As of now All New York City Courts are OPEN!!!!!

Presently only Westchester, Putnam and the Courts in the Fourth Judicial District are closed,

Eastern District in Brooklyn will close at Noon.